In September 2019, both Petrol and Diesel prices dropped by one Gambian Dalasis from August 2019. In October, Petrol prices declined by 75 bututs per liter while Diesel prices increased by one Dalasis. The latest prices for fuel per liter in October 2019 are D52.06 for Petrol and D53.38 for Diesel. 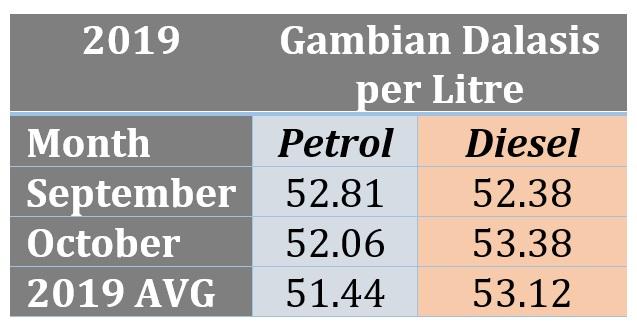 September’s attack on Saudi Arabia’s oil industry sparked concerns over the impact it could have on the World’s Energy Industry. According to the Financial Times “half Saudi Arabia’s oil production was knocked out by a drone strike, triggering a surge in prices.” This surge in price doesn’t seem to have affected The Gambia’s Petrol prices, which continued to decline this month (see chart below), however, Diesel prices have gone up. The next months could prove important in assessing the complete impact of Saudi’s oil attack on The Gambia’s energy industry. 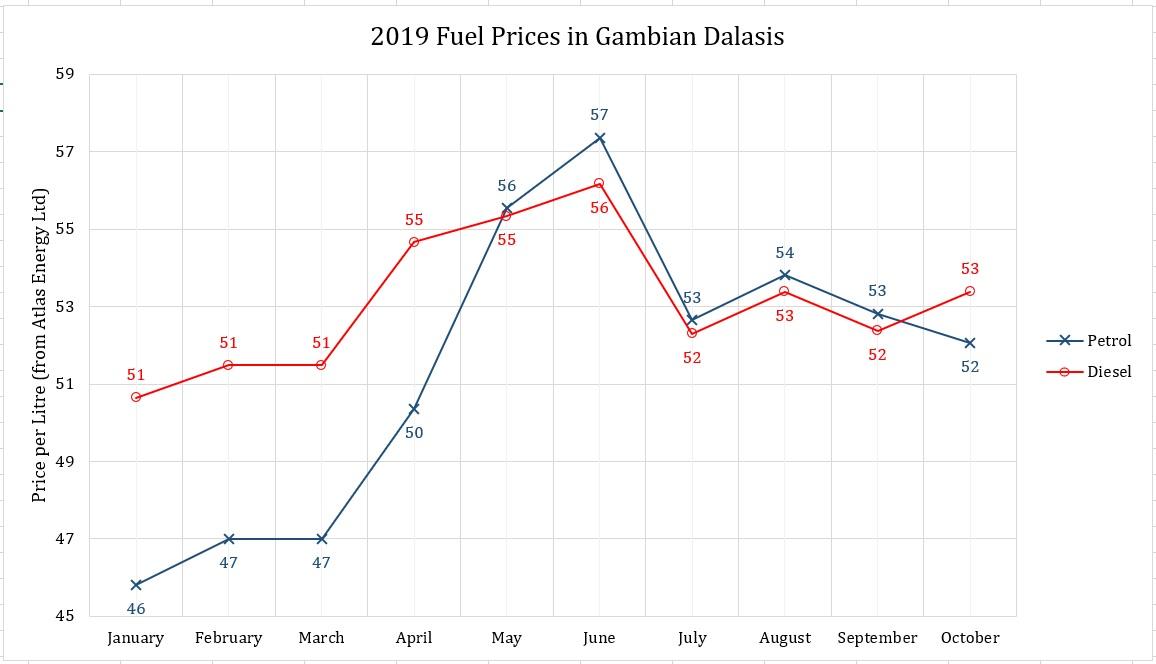 In an interview with the BBC, Saudi crown Prince Mohammed bin Salman, was questioned on Saudi’s capability to anticipate September’s drone attack. In response Prince Salman explained that the impact was a global one saying “I might disagree with you, this attack didn’t hit the heart of the Saudi Industry but rather the heart of the Global Energy Industry.” According to the leader of the world’s largest swing producer of oil, the drone attacks “disrupted 5.5% of the world’s energy needs. The needs of the U.S., China and the whole world”.

It can be recalled that The Gambia recently signed a Loan and Grant Agreement with the Saudi Fund for Development to the tune of $93 Million US Dollars in August 2019 for the Gambia’s preparation for the Organization of Islamic Countries Conference. This highlights the Gambia’s strong relationship with the oil rich, gun importing country. So it was no surprise to read a press release from the Gambia’s Ministry of Foreign Affairs condemning the alleged perpetrators of the drone attack on Saudi’s oil. 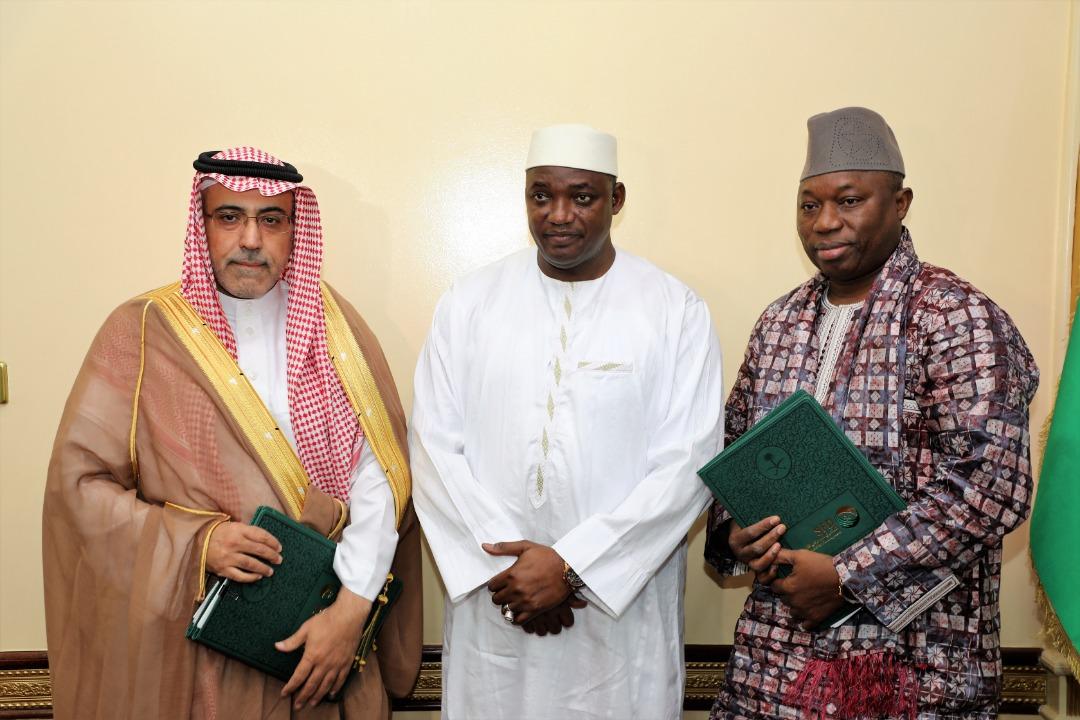 “The Ministry of Foreign Affairs has gathered that Iranian-made missiles were used in a bid to terrorise civilians and damage the Kingdom’s infrastructure in Riyadh and other cities in Saudi Arabia.

During this difficult time, the Ministry of Foreign Affairs of the Republic of The Gambia renews its full support and solidarity in standing with Saudi Arabia in its ongoing war against terrorism.

The Ministry continues to stand by the Kingdom of Saudi Arabia for any measure it takes in defending its territory, maintaining its security and stability and the protection of its people.

The Ministry of Foreign Affairs wishes to extend its heartfelt and sincere condolences to the bereaved families and the Government and Peoples of the Kingdom of Saudi Arabia.”