The letter dated 28th August signed by over 75 staff sent to Africmed Management expressed “total disappointment on your recent action of cutting 25% of our salaries and we condemned the action deeply in our hearts”. 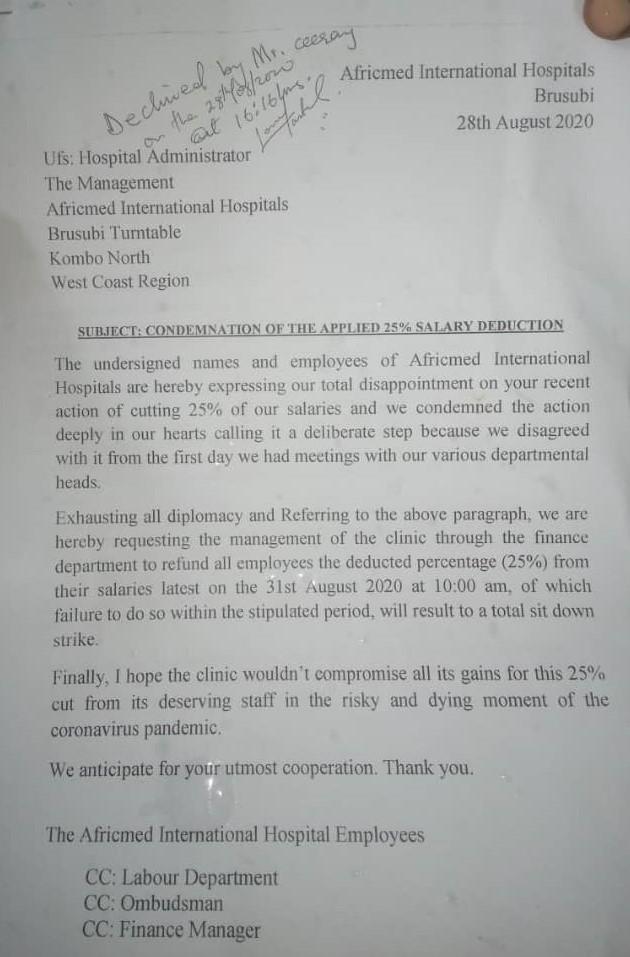 Staff Spokesperson: Refund Us in Full and Fire Modou Sisse and Sanju Kumar

A spokesperson for the aggrieved staff, Abdoulie I. Jobe told the media this morning [31st August 2020] that “the administrator is not doing very well, he is not fighting for us and our rights. He is almost suppressing us. We don’t want him to work with us anymore. At the same time the finance manager as well. The administrator is Mr Modou Sisse and the Finance Manager is Mrs Sanju Kumar.”

When asked their next steps if their demands were not met Mr Jobe said “the majority of us said if our demands are not meet we’re still going to sit down and we’re not going to work. So as of now I just came from the discussion panel. The discussions are ongoing but still now we’re having challenges with the administration meeting our demands but still, we hope it all turns out well and we all go back to work because that’s what we’re all here for. We’re in uniform to work. We’re all here to work but our demands have to be met.

In a press conference cut short due to the rains, Mr Jobe explained that “more than 75” people had signed “a list which is almost 80 and those that are been affected by this pay cut is even more than 100 I can say”. 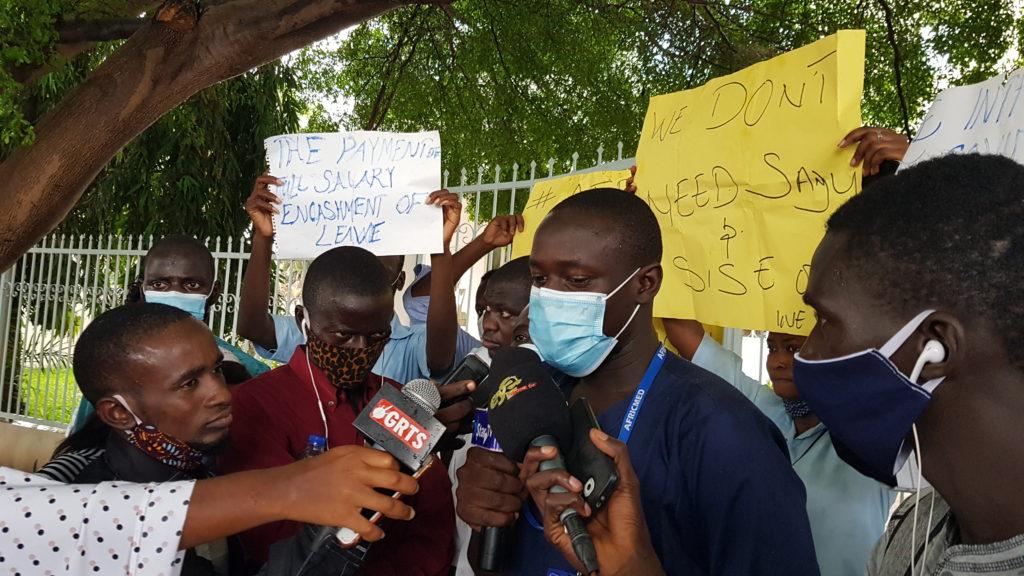 A spokesperson for Africmed Striking Staff in Navy Blue

The staff, I met moments before the press briefing lamented that they had to buy facemasks from the Pharmacy stationed inside the clinic. So I asked the spokesperson to confirm if this was true.

“The facemasks they are selling for the escorts and other patients. But we are not being provided with the proper mask we are given cloth masks to use which according to WHO recommendations are not ideal to use at hospital level or at clinical level. So we’re finding it difficult to get appropriate masks like surgical masks” he said.

In his view “the challenge we have if you go to the Pharmacy because we are told to sell it we are selling it. Even if a staff want the mask he has to buy it. Because they are not providing enough for all the staff. We’ve called for it at some point. Some of us are being provided with surgical masks but still now there is a good number of people that don’t have surgical masks. In short, it is not readily available all the time.”

One journalist asked how hopeful they were that the sit down strike would reap the appropriate response from management in meeting their demands. “We have hope that they will answer to some of our demands. Although the other demands they are telling me that they are requesting for some time” said Mr Jobe as the rain forced the gathering to disperse. 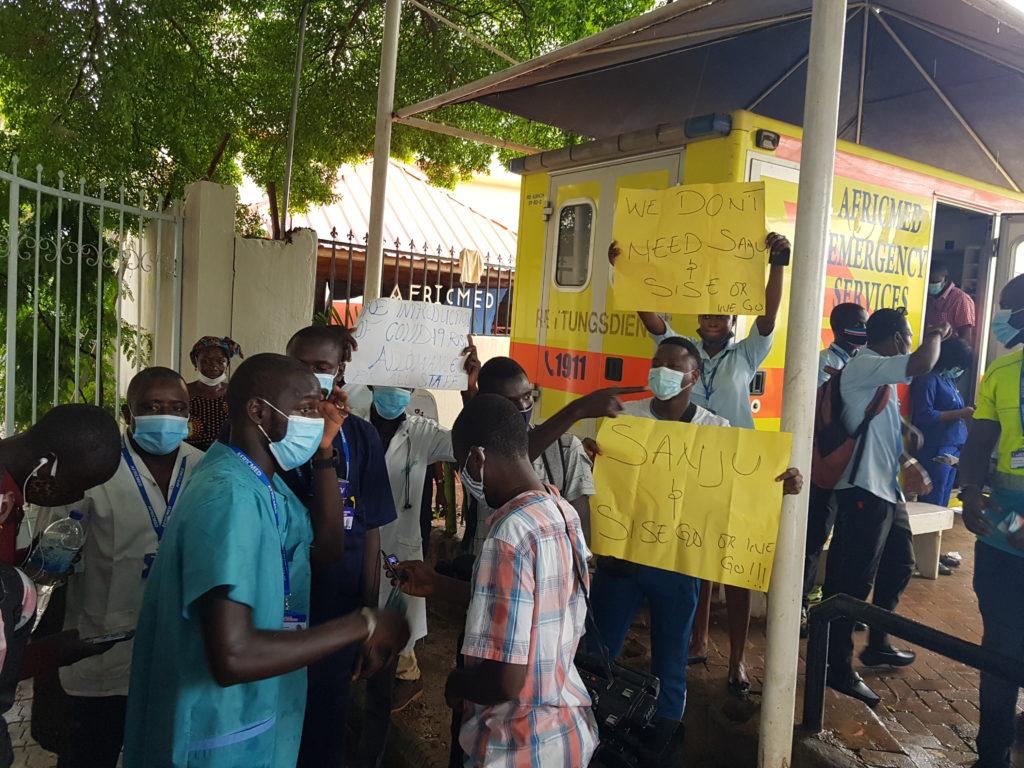 When we contacted the Administrator, Mr Modou Sisse by telephone highlighting the Spokespersons statements that he was suppressing them he said: “All I can say is that this is an internal matter and we will deal with it”. I asked Mr Sisse if he was aware that Finance Manager Sanju was the second person staff say must go he answered “no comments”.

When I reached out to Mrs Sanju Kumar she informed me that “up to 50 staff have been refunded their money” and that they were ready to refund all the staff. Asked when the staff were refunded their money, given the sit down strike which took place earlier this morning she said: “I had to go and raise the money this morning”. Asked if this was the end of any future salary deductions she said: “no-no, that will not happen”.

Gainako will make follow-ups with the staff and the management to confirm if all the demands have been met including a full salary refund and sufficient face masks for all staff.