To safe Future of the Girl Child

Female Genital Mutilation (FGM) is a deeply rooted cultural practice which many believe cannot be easily wiped out of the Gambia despite sufficient laws passed banning the practice. The Gambia has been battling to eradicate this harmful practice for over 3 decades now. This was done through series of advocacy activities by various NGOs and civil society.

This advocacy yielded some reward after a public announcement by the former President Jammeh, banning FGM resulting in the Women’s Amendment Act 2015.  During the previous dispensation after the proclamation of the President people were fearful of been arrested and even detained due to the autocratic nature of the regime. 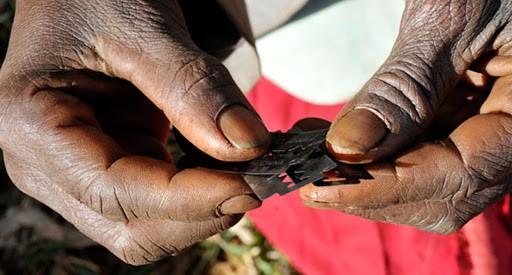 After the coming into the new dispensation, many believe that some of the laws are not active due to the newfound democracy. Despite all these efforts, the FGM practice persists in the Gambia, and advocates are once again calling on the Government to FGM, implement the FGM law, and safeguard looming threats on all children.

It is reported FGM involves the cutting away of parts of the outer female genitalia and estimated statistics show that approximately 80% of women have had it performed 1 or 2 years before their teens. The procedure is also practised by an estimated 7 out of 9 ethnic groups in The Gambia.

Mbassey Manneh a gender and child rights advocate believes that FGM has been mitigated compare to the previous years.  She added that People are not celebrating and making a festival from it, as they did previously but rather, they practice in disguise.

“There is an urgent need to stop the practice fully and the law should be applied because this is not protecting the human rights of the girl child”, the Gender Activists remarked. “It is detrimental to their future” she added.

She cited the current Vice President as someone who should have been a key champion to ending FGM because she has been in that crusade before her involvement in the government.

Madam Manneh also suggests that stakeholders should be talking about the issue, more especially the National Assembly and the Executive. She added that law enforcement agencies should discuss challenges facing the implementation of the law banning FGM.

Similar statements were made by Musu Bakato Sawo in an article she authored on FGM and Child Marriage. Musu is a well known Gender Activist and a senior member of the Think Young Women, a young women-led group leading the campaign against FGM and gender-based violence.

Mrs Sawo stated that a lot more has to be done for these laws to be effective to eliminate these practices in entirety. She noted that the existence of laws alone cannot eliminate a practice.

Mrs Sawo stressed that there is a need for effective implementation and enforcement of the laws. The state must develop a strategic plan and guidelines between various government Ministries, especially the Ministries of Justice, Interior and the Judiciary should address cases of FGM and child marriage in Gambia.

In her view the guidelines should spell out:

She expressed the belief that the total elimination of these practices in The Gambia cannot be realised without the sole intervention of the state. She suggested the continued and active involvement of CSOs, NGOs, the media, activists, the private sector and other relevant stakeholders is relevant. “In playing our part, we should take a more proactive role in litigating on issues concerning FGM and child marriage and test the existing legislation in the domestic courts of The Gambia to give them effect.” 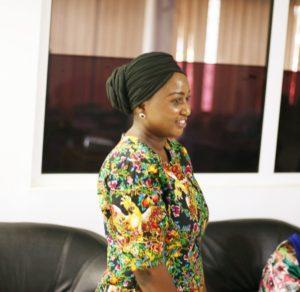 Lawyer and Human Rights Advocate, Barrister Ngenarr Yasin Jeng believes that while the practice has been outlawed there are still people practising it because of various reasons.

Barrister Jeng further argued that “people believe that they are free to do it and that no one will report them thanks to how Gambians ‘maslaha’ favours.” In her view, some think it is a law from the former regime and doesn’t have effect anymore.  Since the Barrow administration has not come out to clarify this and tell people to abstain from it others will continue to do it.

Citing the weak reporting mechanism on FGM she noted that the practice is deeply rooted in culture and a lot of people that are supposed to facilitate the enforcement of the law are big believers of the practice.

Mbassey Manneh the young advocate further disclosed that she receives reports from various communities more especially in the rural area that people are still practising FM in secrecy. “More especially in the Central River Region” she said. “This is happening because stakeholders are not talking much about it, and people scared of been prosecuted so, this makes it difficult to track”.

Ms Manneh stressed that the challenges of implementing the FGM laws are “difficult because of the strong belief some of the authorities have on the practices”. She also cited a lack of political will which she believes will make it difficult to eradicate the menace because politicians are afraid of losing votes if they openly challenge the practice.

Neighbours within communities are not committed to reporting anyone to the authorities. She narrated how a woman was released after being prosecuted for practising FGM. She was released because there was insufficient evidence.

Fatima Jarju, Programs Assistant at Think Young Women said that despite the ban, the practice is still going on. “The state should fully intervene in making sure the people are aware of the law and its enforcement which should be implemented fully without any favour” she said.

What is the law saying?

According to a report published by Reuters, before the ban, about 75 per cent of girls in the Gambia were cut and 30 per cent married before the age of 18, UNICEF says.

The Women’s (Amendment) Act 2015 bans FGM and imposes punishments for anyone found wanting. Section 32A imposes up to three years imprisonment and or a fine of fifty thousand Dalasis for persons that engage in the practice and life imprisonment where death has occurred as a result of the practice.

Implications on the Girl Child

Madam Jarju said that most of the girls that underwent FGM go through sexual and reproductive health complications. “More particularly during their mensural period, also most go through pain or less sexual pleasures when they got married and some have bigger complications during childbirth.”

She also cited fistula diseases is most common to those that have gone through FGM.

Mbassey believes that FGM is violating the right of the child because their opinions are never sought. Some experience a long-lasting effect especially most of those who are cut wrongly. As time goes by women experience a lot of complications even during marital affairs and childbirth. These circumcisers are not well trained, most of them inherited the knife from their mothers which they tend to do because is their tradition.

The young Barrister Jeng on the complications of FGM said it can lead to a lot of trauma as well as physical, mental and economic hardship. “It causes a lot of pain for the girls and in most cases causes lifelong health complications such as painful pregnancies, difficult pregnancy and delivery and fistula.”

According to Ngenarr all of these are very traumatic for a girl and women and also results to the spending of money to tackle these complications that could have been avoided, sometimes it even leads to death which is very unfortunate.

The young lady said If it continues, it will create a bigger public health issue with women suffering from preventable circumstances and spending a lot of money on their sexual health instead of spending money for better healthcare besides preventable injuries.

Madam Jeng suggested that the government needs to come out and take charge of the law. Show that there is political will. Officials throughout the country should also enforce the law especially in rural Gambia where there is less access to Justice Institutions and Healthcare Services.

NEVER AGAIN: The Manifesto of an Unlikely Candidate (Part One)