To highlight how less the country has to spend on other Sectors, only one sector managed to be allocated 11% of the budget, Education, all other sectors have been allocated less than 7% of the budget.

According to the Finance Minister’s statement delivered on 18th November 2019 at the National Assembly “Debt Interest payment is projected to consume around 40 per cent of the Government’s tax revenues in 2020 compared to 26 per cent in 2019, moving from D2.702 billion in 2019 to D4.648 billion in 2020. The increment is as a result of mounting debt stock, domestic debt in particular, coupled with the envisaged rolling over of some of the domestic debt.”

Similarly in 2018 the total National Debt Service was almost 35 per cent of the total budget with a total of D4.364 Billion Dalasi allocated to debt repayments.

The five lowest budget allocations can be seen below commencing with the lowest allocation which is on the Public Service Commission. Tourism which is one of Gambia’s biggest earners features as third least allocated sector in the Draft 2020 Budget.

Below is the entire 2020 Draft Budget Estimate of Expenditure and Revenues. 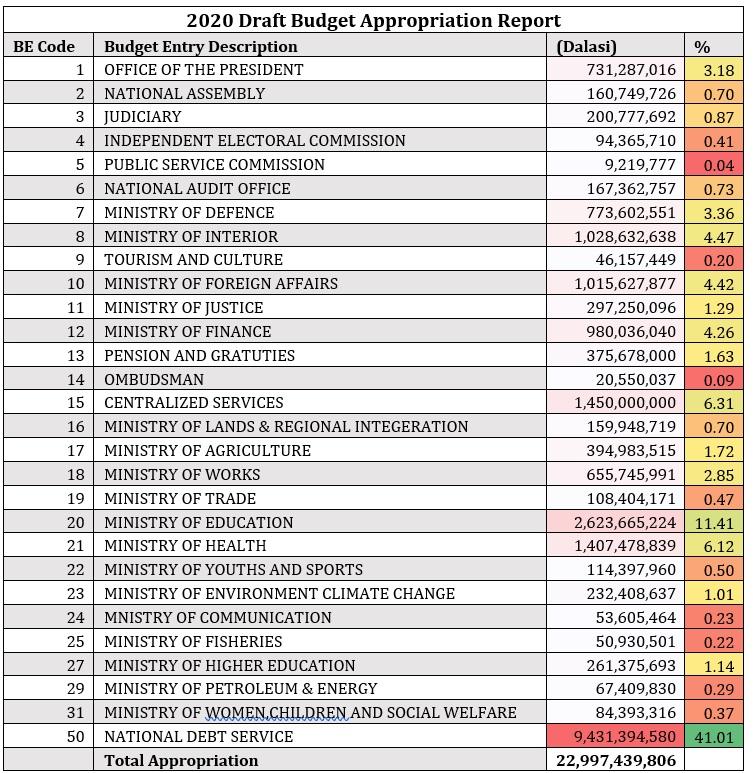